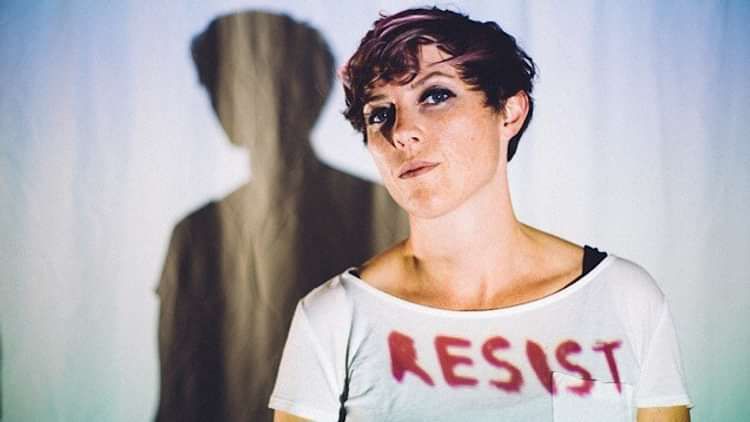 SHE DREW THE GUN

She Drew The Gun + The Menstrual Cramps + Self Help

SHE DREW THE GUN

'A record of steely conviction in uncertain times' 4 Stars - Q

Having last week completed a sold-out UK tour, She Drew The Gun have today announced their ‘Trouble Everyday’ tour.

This Summer, She Drew The Gun performed at the BBC 6 Music Festival, Latitude, Tramlines, Bluedot, Truck, Farmfest and Deer Shed.

Led by frontwoman and songwriter Louisa Roach, She Drew The Gun recently released new single ‘Paradise’ is the third single to be taken from sophomore album 'Revolution Of Mind'; following the BBC 6Music A-Listed tracks ‘Resister’ and ‘Something For The Pain’.

Produced by The Coral’s James Skelly at Liverpool’s Parr Street Studios. The album was chosen as a 6Music Recommends Album Of The Year 2018 alongside albums from IDLES, Kamasi Washington, and Arctic Monkeys among others.

'The missing link between Crass and the Spice Girls' - Louderthanwar

Formed in a broken bedroom in Bristol, on the verge of homelessness, and rife with anger, The Menstrual Cramps were born. With their mission to ‘Make Girls Feel Good’, empower all women and end inequality and injustices across the world, The Menstrual Cramps aren’t here to take your sh*t.

Winners of the 2017 LOUD WOMEN HERcury Prize, The Menstrual Cramps blew everyone away at Are You Listening? Festival and we're pleased to have them back in Reading.

Oxford-based band Self Help started out in 2017 when guitarist/singer Danny met drummer Silke on joinmyband.com. The pair quickly realised a shared love for in your face rock and roll and haven’t looked back since. Shortly after getting established as a two piece, the duo enlisted bassist Lizzie and guitarist Sean and Self Help was born. The unusual combination of a fierce female rhythm section and the shouty but sensitive boys on guitar soon started to make waves and attract the attention of local music hero Ronan Munro, BBC 6’s Steve Lamacq, Tom Robinson and Dave Gilyeat.

She Drew The Gun

She Drew The Gun, fronted by songwriter Louisa Roach, offer dreamy psych-pop from the banks of the Mersey. Melodic, story-telling, political, hypnotic and mixing a variety of influences, she and the band have already garnered a list of admirers, including James Skelly from The Coral who signed them to his Skeleton Key label, and produced their upcoming debut album… but also none other than the BBC’s Steve Lamacq and Edith Bowman. In fact, Lamacq liked them so much that he invited them to do a BBC Maida Vale session for BBC introducing in May. The band are back from a month long UK and European tour as special guests of Fink, and look forward to the release of their debut LP early 2016.

"Like Laura Marling and Portishead at a mushroom tea party" SoulKitchen.com

"her delivery is as majestic as an iceberg and twice as lethal. And yet it smoulders too" Louis Barrabas Freshonthenet.co.uk

"This is the real deal, from heart to ear so to speak" Andy Von PIP.. Freshonthenet.co.uk

"songs to clear the mind and re-focus" VaderEvader.com 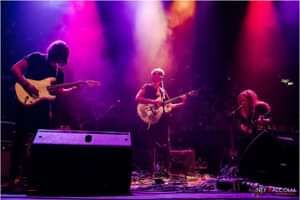