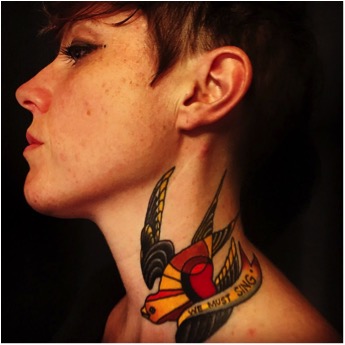 She Drew The Gun

Led by frontwoman and songwriter Louisa Roach, She Drew The Gun will be returning to Sub9 to play songs off their new album ‘Behave myself’.

The follow-up to the critically acclaimed Revolution Of Mind, which was named among BBC 6 Music’s Albums Of The Year, is produced by Ross Orton (Arctic Monkeys, The Fall, The Kills, Working Men’s Club). ‘Revolution Of Mind’ received wide acclaim including being selected as a top 10 albums of 2018 by BBC 6Music, the record was one of the runaway indie successes of the year.

She Drew The Gun has previously performed at a host of major festivals including BBC 6Music, Latitude, Truck, and many more.

We are excited to welcome their return to Reading.